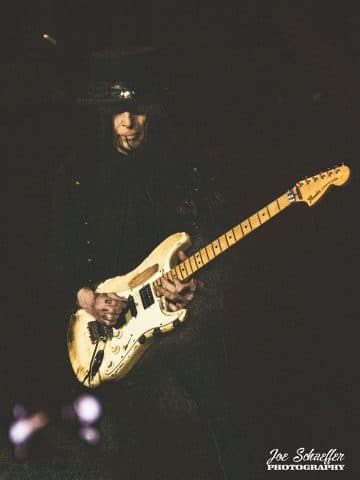 Taylor was asked about the status of the new Winger album as well as writing with Mötley Crüe guitarist Mick Mars to which he stated (with slight edits):

“There’s a new record that’s basically in the can. We’ve all recorded our parts. Right now, it’s all falling on Kip [Winger] to put it all together. He’s got a symphony he’s going to be releasing, he’s got solo gigs, and we’ve got Winger gigs. There’s a lot of logistics. John [Roth] had Starship gigs, Reb [Beach] has some gigs coming up with Whitesnake…. We’ve had our hands full. Kip is working really hard on it though. He’s doing some final vocal things and all the mixing. It shouldn’t be too much longer, maybe a couple months. I don’t actually have any songwriting credits on this one.

I was writing for some other records. One I can mention is Mick Mars. I wrote a lot of songs with him. It was me, Mick, and Jacob Bunton (who was singing with Steven Adler) writing together. Those are all mixed. I don’t know if and when he is going to release them. We had a good time working on this stuff. They are for his solo album. He’s switched gears a few times in who he wants to work with and what he wants to do. We’re hoping the songs we did with him get released. Mick is a monster. He comes up with some cool, creative stuff. I can’t say too much more about it. I can [say] it’s very musical and very heavy. I think people will be really surprised by it. So I was busy with these other projects, and Kip and Reb are so damn prolific…. By the time I was ready to jump in, they had the whole thing written already!”

You can listen to the interview with Paul Taylor on the 80’s Glam Metalcast podcast below: