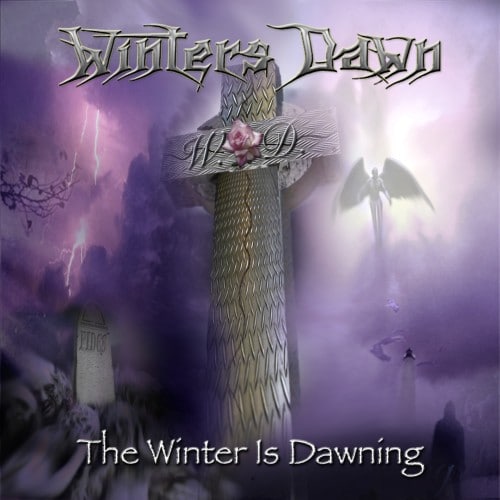 Heart Of Steel Records is proud to announce the latest member of our family: WINTERS DAWN.

Winters Dawn were formed in Greece during 1998, and – after various line-up changes – they recorded their first Mini-CD “Nitro” in late 2003.Although, in the meantime, singer Stelios “Theo” relocated to Germany, the band recorded, during 2008, their full-length debut-album called “The Winter Is Dawning”,which is now ready for an official worldwide release thru’ Heart Of Steel Records (heartofsteel.nlz.it).

“The Winter Is Dawning” is a perfect mix of US Power Metal a la Savatage / Crimson Glory / Riot (“Thundersteel” era) and Jag Panzer, enforced by brilliant and emotional melodies that are carrying thisspecial “old-school” Metal touch.

There are also moments of thunderous breakings when songs are getting even wilder thanks to selective Speed Metal touches a la early Agent Steel and Annihilator.

That is why 3 excellent guitar-players and “icons” in the Metal genre like Jeff Waters (of Annihilator),Theodore Ziras and Chris Caffery believed in the band and recorded 5 incredible solos on the album!As usual for all of our releases, the Cd will have a de-luxe full-color booklet with lyrics & pics.

Check out our site at: http://invinciblerecords.nlz.it