Finland based rockers Wishing Well have released a video for their song “Luck Is Blind” from their album Chasing Rainbows. This is the second video released in support of their debut album after the video for “Sacrifice.” 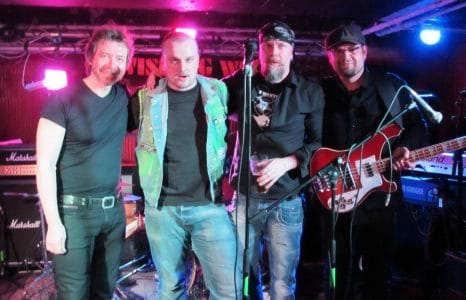 “Finnish hard rockers Wishing Well have released a video for the song “Luck Is Blind” from their critically acclaimed “Chasing Rainbows” album, which was released in February 2016 by Inverse Records.

“We are still promoting the album and we thought that this time it would be good to come out with a little softer song. ‘Luck’ is a melodic and catchy tune with serious lyrics about injustice and inequality of the world. The song also features some cool keyboards by Juha “The Undertaker” Huhta and that gives the song some extra character. We’re even considering of using Hammond organ all the way on our next album”, says Anssi Korkiakoski, guitar player and songwriter of Wishing Well.

“We didn’t want the video to be too complicated but decided that simple but well recorded stage video should do the trick. We shot and cut the video all by ourselves in Helsinki and it’s just us performing our music. We shall come up with more videos from the album and next time we’ll do something different.”

Wishing Well are now promoting the album and booking shows for 2017. In the meanwhile writing and rehearsing new material is well underway and new material is expected to be released in late 2017.”