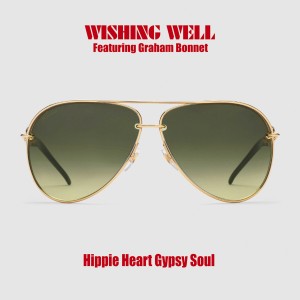 Finnish hard rockers Wishing Well have teamed up with legendary vocalist Graham Bonnet on one song from their upcoming new album Chasing Rainbows which will be released on February 5, 2016. The group’s press release indicates:

“Wishing Well are a hard rock band hailing from Helsinki Finland. “Hippie Heart Gypsy Soul” is the first single taken from the “Chasing Rainbows” debut album to be released on 5th of February via Inverse Records. For the single the band joined forces with legendary hard rock vocalist Graham Bonnet (Rainbow, Michael Schenker Group, Alcatrazz) and came up with a catchy and melodic hard rock song.

“We wanted something extra to boost the album and when we wrote “Hippie” we instantly realized that Graham would be a perfect vocalist for the song in many ways. I’m a lifelong fan of Graham myself and it’s fantastic that we made it at the end of the day. Pete (vocalist Peter James Goodman) had no problem with it since 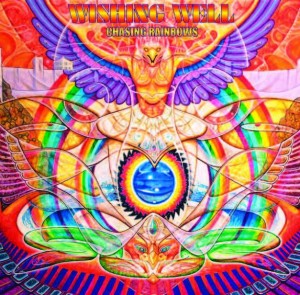 he’s a big fan too! I’m proud and pleased with the result and it’s just amazing that at 68 he’s still delivering the goods” says Anssi Korkiakoski, the song writer and guitar player of Wishing Well.

Graham Bonnet will be very busy this year since he’s releasing a new album on Frontier Records and an authorized biography later on this spring, written by Steve Wright. He’ll also play live in Finland in April after his Australian tour. “The guys got in touch and after I heard the song I was immediately ready to give it a go. It’s a catchy tune and perfect for my range. I like the lyrics too. We recorded my vocals in LA and the guys took care of the rest of it in Finland. I’m always ready to cooperate if it’s a serious band with a good song. I wish the guys all the best.”

The band is now promoting the single and CD with plans to play live as much as they can later on this year. The band consists of Anssi Korkiakoski (guitars), Rip Radioactive (drums), Richard Becker (bass) and Peter James Goodman (vocals), all experienced musicians who have cut their teeth in many other bands before Wishing Well.”