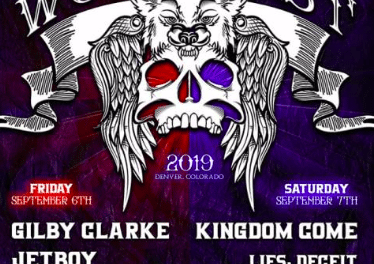 Wolf fest 2019 will be taking place at the Buffalo Rose in Golden, Colorado, USA on September 6 and 7, 2019 and boasts a strong line-up featuring headliners, former Guns N’ Roses guitarist Gilby Clarke (on Day One) and Kingdom Come with new lead vocalist Keith St. John (on Day Two). The Wolf Fest 2019 line-up also features some other Sleaze Roxx favourites such 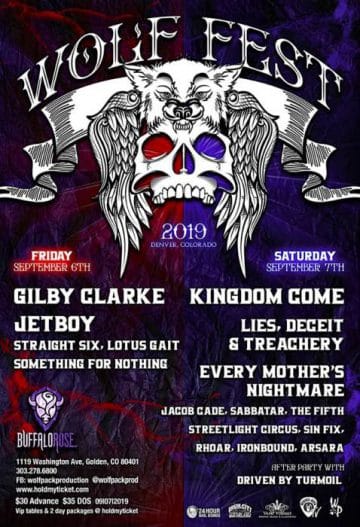 Day One:
Gilby Clarke
Jetboy
Straight Six
Lotus Gait
Something For Nothing

Tickets can be purchased at Hold My Tickets.

Kingdom Come – Get It On