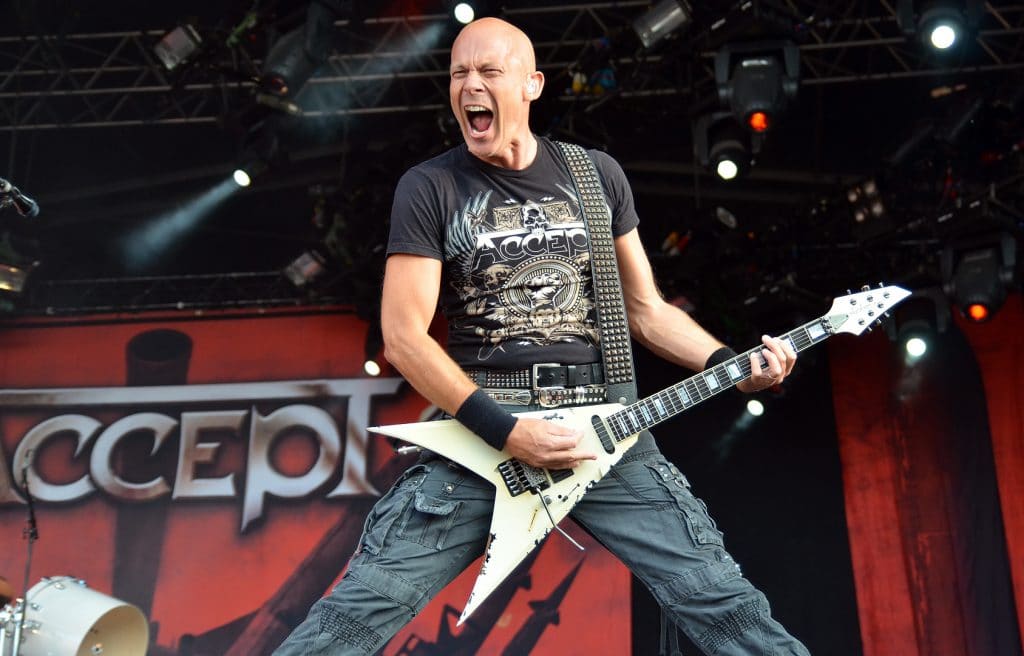 Mosqueda recalled during the interview that back when Mark Tornillo joined the band, there were a couple of clips that were released with him singing on a couple of Accept classics. Hoffmann was asked whether Accept recorded any other tracks during that time to which he replied: “Those were rehearsal recordings; I recall I called Mark up to let him know that we had released those online. They were raw and unpolished. It was as simple as turn on the microphone and let’s crank. That’s really how it was. There were people who were comparing it to a finished product which it was not because it was a rehearsal recording. [laughs] I guess we learned our lesson not to release stuff like that! [laughs]”

Mosqueda then asked Hoffmann whether there has ever been discussion of recutting some of the classics in studio with Tornillo as bonus cuts to which Hoffmann stated: “[long pause] It has been discussed but I’m not really sure that it would be a good idea? [long pause] I have heard where other people have done that; it’s been in circumstances where the label owns their masters. The idea is if you re-record it then it’s yours and you can license it for commercial use. I don’t know…I don’t really see the point? I’ll be honest I’d much rather spend my time writing and creating new stuff. I imagine if you really want to hear what the old songs sound performed by this Accept you can pick up ‘Restless & Live’ and you can do that.”

You can read the rest of the interview with Hoffmann done by Mosqueda at Metal Titans.