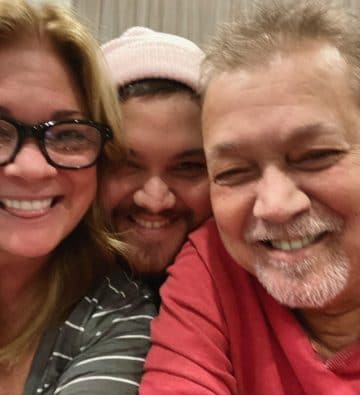 It’s been said that a picture is worth a thousand words. Amid the rumours of his father Eddie Van Halen‘s poor health and the subsequent news that his father has been travelling to Germany for radiation treatments in relation to throat cancer, Van Halen bassist Wolfgang Van Halen posted some photos on his Facebook account yesterday of his father along with his mother Valerie Bertinelli with the simple caption “Family ♥“.

“Named in homage to the classical composer Wolfgang Amadeus Mozart, he is the son of guitarist Eddie Van Halen and actress Valerie Bertinelli, and the nephew of drummer Alex Van Halen. Wolfgang has said that he did not know his father was a famous musician until he “started picking up CDs and saw his [Eddie‘s] picture on them”.

Following the completion of the 2007/2008 Van Halen tour, Van Halen headed back to school, hoping to graduate in the summer of 2009; he would graduate one year later in 2010. Van Halen appears as the bassist for Van Halen in Guitar Hero: Van Halen.” 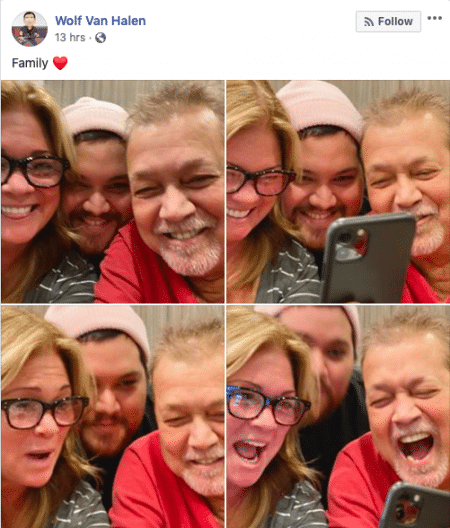