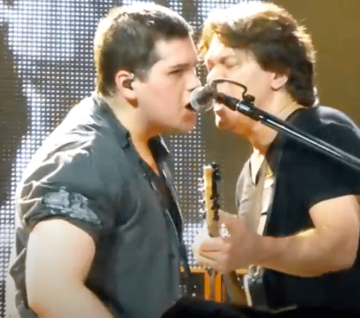 It appears that the rumours of Van Halen continuing without the recently deceased legendary guitarist Eddie Van Halen have been put to rest for the time being by his son Wolfgang Van Halen.

Earlier today, Sleaze Roxx reported that there were rumours that the Van Halen camp was reportedly considering the possibility of continuing the band with the line-up of Sammy Hagar on lead vocals, Michael Anthony on bass, Alex Van Halen on drums and Wolfgang Van Halen taking his father’s spot on guitar.

“This is just a shitty lie attempting to capitalize on these awful times. Please stop with this.

Anyone peddling this shit is not only hurting the fans, but hurting me and my family.” 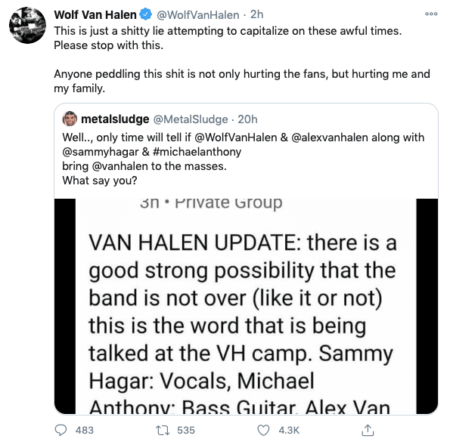