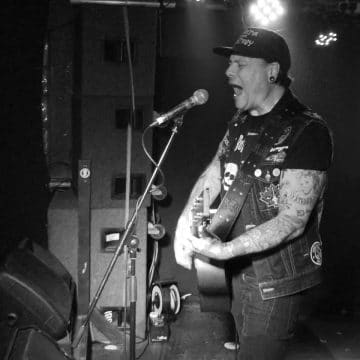 Sleaze Roxx stated the following with respect to that year end finish: “I am not 100% sure but believe that it is my friend The Meister from Decibel Geek who mentioned Wraith to me as we were leaving a Diemonds show in October. The selling points were that Wraith sounded like Ratt and had an eighties type sound. I eventually listened to a couple of tracks from Revelation on YouTube and subsequently purchased the record. While Wraith‘s sound on Revelation definitely has some similarities to Ratt, it’s not really fair to pigeon hole the group that way because Wraith seem to have taken the best of the ’80s to come up with their fantastic album. I was surprised to find out that Wraith date back 30 years and Revelation is the group’s sixth studio album. One Sleaze Roxx reader advised that Wraith‘s previous studio albums are similar to what can be found on Revelation. If that is indeed the case, there are a lot of great albums to discover from the UK rockers in the near future. If you like ’80s hard rock and heavy metal, odds are that you’ll really like Wraith!”