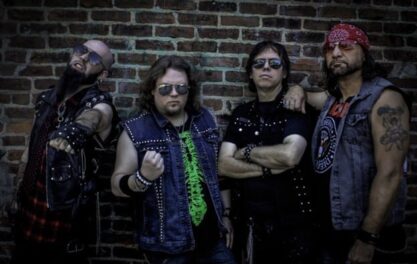 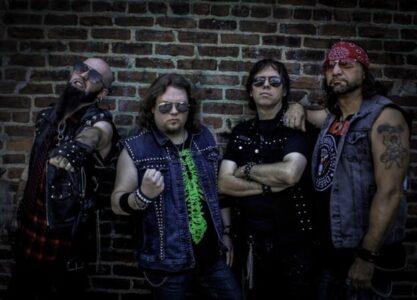 “Louisville, Kentucky heavy classic rock band Wyld Ryde has released the official music video for their newest single, “Alone,” the fourth track off of their most recent EP, Gasoline Alley. Shot by Mufaro Matose (CEO of Matose Visuals from Cincinnati, Ohio) in the band’s hometown of Louisville, KY, “Alone” was filmed in several locations, from band members’ homes to the tour bus, ending the night as footage of the band performing a local festival, showcasing the audience, encapsulating the life of a touring rock n’ roll band and the resulting strains it can put on relationships left behind at home.

“‘Alone’ is from our second EP entitled Gasoline Alley, and our third full length video from this EP. This is as close to a ballad as we have ever written. The song is about life on the road going from town to town. What it’s like and the pressure it can put on relationships at home.” – Wyld Ryde

Hailing from Louisville, Kentucky, Wyld Ryde brings hard rock and heavy metal into the new era with great hooks, arrangements and a heavy, razor sharp modern edge that is sure to please fans all over the world.

“We are from the ghettos of Louisville, KY, which is a top 10 violent city in the United States. Growing up we faced adversity from a very, very early age. Our neighborhoods are extremely crime ridden from violence to drugs. Just making it out was a blessing as lots of our friends and family died from gun violence and drugs. Our music is loved not just nationally, but globally with fans all over the world buying Wyld Ryde music and swag in such places as Germany, England, Canada, Norway and Australia to name a few.””