Guitar virtuoso Yngwie Malmsteen was recently interviewed by UK’s eonmusic. The guitarist is promoting his new blues album Blue Lightning, which will be released via Mascot Records on March 29, 2019. 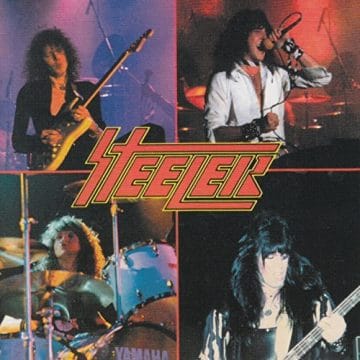 In terms of people failing to hear or notice how good Malmsteen‘s vibrato, phrasing and feel is, the guitarist advised: “Yeah, I think maybe people are very short-sighted, and that’s just the way people are. I learned to live with that a long time ago. You got to understand that before – I mean thirty-seven years ago – I came to the States I was struggling in all sorts of ways because I wasn’t trying to be commercial sounding or anything like that. The vein of music that I did was extremely heavy, extremely fast, extremely complicated. If you heard some of the demos that I did in ’79 or ’80, it was basically pretty fucking extreme: and so a lot of people go like; “This guy’ll fuckin’ never make it”, they were always laughing; I’ve heard shit like that all my life it seems.”

When it was pointed out that he did “make it”, Malmsteen replied: “I have something inside of me that told me this is what I’m meant to do and I gotta stick with this. I was tempted, as I was asked to join a couple of bands that had a record contract, and I almost went with a couple of generic fuckin’ cookie cutter fuckin’ metal bands, and I said; “No, I’m not doing it”. Then I eventually ended up joining a cookie cutter band Steeler anyway, so there you go! [laughing] I’ve always been very, very focused in one way – this is what I’m gonna do, and no one is gonna tell me any different. So, I think that’s one of the reasons maybe why I’m still doing this.”

The guitarist added: “Yeah, exactly. I’m doing it because I really believe in what I’m doing, I do. It feels like it’s the right thing, this is my natural way of doing things. I mean, if you told me to do this, this and this: I could do that. If you told me you should do it like that, or why don’t you tune it down, or why don’t you do something more fashionable: I could very easily do that. It wouldn’t be a problem for me to do that: but, I wouldn’t do it, because it’s not my thing. That goes in every aspect: how I do the shows, how I do my lighting and my smoke, and the fuckin’ pyro or whatever. And my Marshall walls: everything is done because that’s what I want to do.”

You can read the rest of the interview with Yngwie Malmsteen at eonmusic‘s website.

Wikipedia states the following about Malmsteen‘s stint in Steeler (with slight edits): “In February, 1983, 19-year-old Swedish guitar virtuoso Yngwie Malmsteen completed the new line-up, after Dunigan and Morrison left the band. Rik Fox was now on bass and this classic line-up released the band’s first album, Steeler. It saw moderate commercial success and is now a sought after album for many fans of Malmsteen and Keel. Malmsteen left soon after the record’s completion and joined Graham Bonnett to form Alcatrazz. Future MSG guitarist Mitch Perry (aka. Mitch Brownstein from the band The Kydz) was brought in as his replacement.”