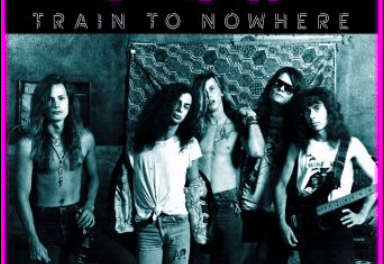 FnA Records has just released some more gems from the past with two albums from late ’80s / early ’90s Florida, USA based rockers Young Turk. You can purchase the albums Train To Nowhere and Tired of Laughing – The Lost Geffen Tapes directly from the FnA Records’ website. 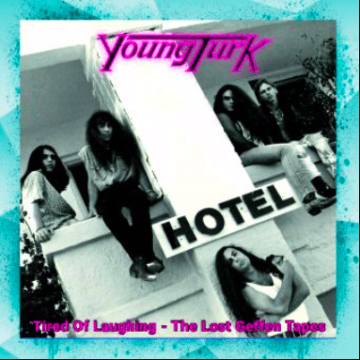 “Young Turk was a band of young and hungry musicians, some not even old enough to drive when they started, that dropped out of high school to start their band. Miami wasn’t the hotbed for hard rock like other cities and with the larger bands like Rock City Angels moving to LA, Young Turk and Nuclear Valdez were left to rule the rock scene. The band released two albums on their own, Do You Know Where Your Daughters Are? and Train To Nowhere. It was the second album that garnered attention from major labels and they were signed to Geffen Records.

The band was asked to write a radio-friendly song, but the band refused to compromise their musical integrity, so they were released from their contract.  That’s when Virgin Records swooped in and signed the band in 1992. There they released their first official major label title, N.E. 2nd Ave.  It had moderate success, but eventually the band was dropped from the label.

Some of the band’s influences include the Rolling Stones, Led Zeppelin, and Lou Reed.

FnA Records is proud to release two albums and one EP. The EP and the Train To Nowhere albums are on the first CD. Tired of Laughing comprises the second CD. Both CD’s are silver pressed and there is a discount for those customers wishing to buy both CD’s.”