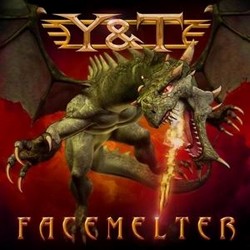 With a discography of 18 albums and three greatest hits collections, Y&T has sold over four million albums since their 1974 inception. The band has toured with numerous Rock icons including Ozzy Osbourne, AC/DC, Aerosmith, and Motley Crue, receiving constant and extensive airplay with hits such as Forever, Rescue Me, Mean Streak, and Summertime Girls. Y&T songs have been featured in a multitude of movies and television shows, including Real Genius, Out of Bounds, Baywatch, and Hunter. After five US top 100 albums, songs that tipped into the 40s, two Bammie Awards, and many international television appearances, Y&T’s hits are still played nowadays on classic rock radio stations everywhere. Y&T’s high-energy music still captivates legions of fans around the globe, proving Y&T’s music timeless.

“What a great feeling to dive back into making new Y&T music,” states Dave Meniketti. “After being away from it for this long, the anticipation of writing a new CD worth of material was, at first, a bit scary, but as soon as we started up I was happy to find how natural it was to get right back in it again. I think we’re going to have to keep this up, because musically and emotionally, we still have a lot to say!”

“It’s ridiculous that we waited so long to make a new record,” states Phil Kennemore. “In creating new music for Facemelter, I rediscovered the most important thing for any artist, and that is to continue creating… it feeds my soul. My hope for Facemelter is that people might just find a few new favorite Y&T songs.”

“We recorded together to capture as much of a live feel as possible which I feel is the strong point of the band,” adds Mike Vanderhule, while according to John Nymann, “The chemistry we have between us makes it so easy to develop ideas. Now that we are ignited with new material, I can’t wait to bring it to the stage.”

Face-melting is a term that has been with Y&T since the mid-’70s, when a rabid fan ran backstage and told the band, “you melted my face,” which inspired the group’s first publishing company: “Facemelting Music.”

If you haven’t yet taken Y&T’s new album for a ride, grab your leathers, strap yourself in, and prepare to have your face melted.

“Facemelter” includes the following tracks:
Prelude, On With The Show; One Life; Shine On; Wild Child; I Want Your Money; I’m Coming Home, If You Want Me; Hot Shot; How Long; Gonna Go Blind; Don’t Bring me Down; Blind Patriot; Losing My Mind*

* Bonus track included on the first pressing in digipak