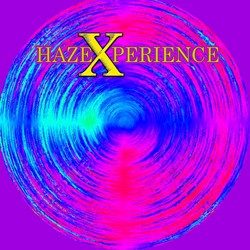 Groove-heavy rock and roll machine HazeXperience, anchored by former Y&T drummer Leonard Haze, is preparing to play a string of live dates in advance of returning to the studio to record the follow-up to their 2012 debut album ‘Not Purple’.

The band’s first show is scheduled for July 19th at Bobby D’s in Redwood City, California. The club date is not just another show, however — it is also the debut of Haze’s hand selected new line-up. Haze has stacked HazeXperience with a group of highly-talented and experienced musicians including guitarist Jimmy DK, bassist David Blakely, keyboardist Ace Olfre, and vocalist Jeffrey Winslow.

“I’m excited to start playing shows with this band,” said Haze. “I would put this group of musicians up against any five, secure in the knowledge we would hold our own and then some.”

Leonard Haze was a founding member and one of the principal songwriters for hard rock band Y&T, co-writing some of their biggest hits, including “Hurricane”, “Black Tiger”, “Mean Streak”, “Rescue Me”, “Dirty Girl”, “Forever”, and MTV staple “Summertime Girls”. With Y&T Haze headlined shows featuring opening acts such as Van Halen, Motley Crue, Stevie Ray Vaughan, and a host of other well-known bands, as well as touring the world alongside AC/DC, Aerosmith, Ozzy Osbourne, and Rush. He subsequently recorded and performed with the likes of Ronnie Montrose, Tony Iommi, Ian Gillan, and many others. As a member of the Ian Gillan Band, Haze embarked on a two-year world tour and performed in 71 countries.

Jimmy DK has been rocking northern California stages for the better part of 37 years as both a guitarist and bassist. He brought his bass skills to the Byrnie Baker Band, Luvhed, and others, and has played guitar and served as songwriter/arranger with a variety of high-profile local acts for decades, including Ossumpossum, Earlydaze, and The Side Effects. He has opened for acts such as the Chambers Brothers and Elvin Bishop.

Bassist David Blakely holds down the bottom end with a fierceness born of his years funking it up with members of Levert, Dazz Band, and George Clinton. He has performed at the Rock and Roll Hall of Fame with the band Sammy’s Good Eye, and counts Yo-Yo Ma, Soundgarden, the Beatles, Sly & the Family Stone, and King’s X among his nearly endless list of favorite artists.

A modern day wizard of electronic and acoustic keyboards, Ace Olfre sets a standard by which others are measured. He is known for his fusion of rock with a myriad of musical styles including pop, latin, jazz, and world music. He has written and recorded with the likes of music producer Kim Fowley (The Runaways, Alice Cooper, KISS) and rock guitar impresario Mike Pinera (Iron Butterfly, Black Oak Arkansas, Alice Cooper).

Jeffrey Winslow got his start in the San Francisco Bay Area rock music scene, but really came into his own as a multi-dimensional vocalist fronting Santa Barbara funk-rock quintet Psycho Graffiti and two gospel choirs. During that time, he earned the nickname “Motown” for the influence of that signature, soulful R&B sound on his rock vocal style. Winslow is best known for his work as the lead vocalist for Syrym (featuring Babylon A.D. members Ron Freschi and Jamey Pacheco), selling albums worldwide and appearing in magazines and on radio with songs like “Ugly On The Inside,” “Foul Mouth Blues,” and “What I’m Trying To Say”.

For more information about the band and upcoming shows, visit hazexperience.com.