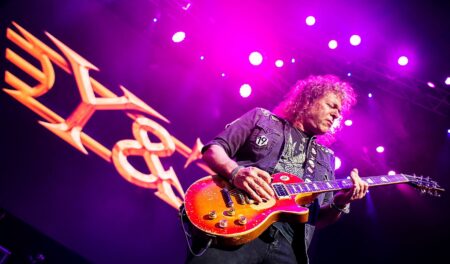 Back in February 2022, Y&T‘s frontman Dave Meniketti announced that he was battling prostate cancer and would be undergoing a lengthy treatment schedule. The 68 year old singer and guitarist has now provided an update on how his battle with cancer is going. 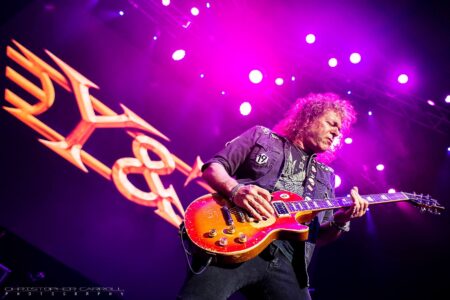 “Thought I’d chime in for a rare post on social media, this 4th of July, about what has been happening. First, I decided to just have a little fun with a fake Before and After for ya.

The Before is when I was dreading the next PSA test at the end of December, having a premonition what was to come, using a camera filter for the fun of it. The After shot was the 3rd of July, with 5 more (1 week) radiation treatments to go this week. I thought it only appropriate to take it in the bathroom, which has been my favorite location of late.

It’s been a strange 7 months with 4 blood tests, 2 hour-long MRIs, 2 CAT scans, a PET scan, a hospital procedure with radioactive seeds implanted, an office SpaceOAR Gel procedure, and 28 radiation treatments with an awesome futuristic machine. Started out super stressful waiting for all the results to come in from each test, then reconciled with it all and was ready to just get it done.

Even with all the above, it was by no means anything I should ever be whining about in comparison to those who are going through life threatening cancer treatments with chemo. I have massive respect and admiration for those dealing with that. I had it easy in comparison.

Yes, there have been side effects, which are expected to last for 4 months, disrupting my daily life, but I’m doing well and happy to be finally finishing what I expect/hope will have rid me of prostate cancer.

That’s all the stuff worth typing at the moment. Hope you all are enjoying your summer and as I get back to normal mode soon, this will all hopefully be a onetime affair with this cancer…and life goes on.