One of the most popular ways for hard rock and heavy metal bands to make easy and quick money in the last few years has been through the use of Meet & Greets where fans pay to usually meet the band, take a photo or two with them, and/or have a few items signed.

There are numerous artists known to charge for Meet & Greets including KISS, Stryper, Warrant, three out of the four Mötley Crüe band members, and the list goes on. 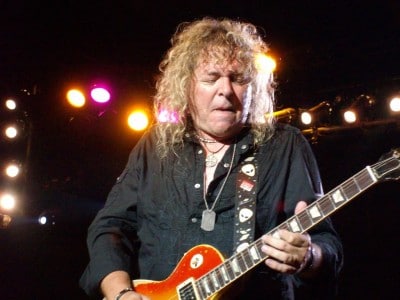 Speaking recently to White Line Fever on one of its podcasts, Y&T‘s Dave Meniketti stated: “Some bands will charge for meet-and-greets or they’ll charge for some special types of meet-and-greets… I don’t like to do that. I think that’s gouging the fans. I think that’s a little too much of trying to get every last dollar out of everybody, dollaring people to death. I don’t like that whatsoever. To me, your fanbase is golden. They’re the people that are keeping us going. They’re the people that love the music… Why do we want to charge them to meet us? That, to me, seems like the most bizarre thing you can do and too opportunist. That’s not my thing. They pay for a ticket. Come see us live, that’s what’s going to keep us alive. Buy a t-shirt, something like that. But don’t pay to see me. My God. I should be paying you guys. I’m happy to shake a hand, take a picture or listen to a story or something like that. In fact, more than happy. It makes us all feel good. It makes us feel connected to our fans.”

Metal Church posted the following message on their Facebook page yesterday in regard to their position on Meet & Greets: “To those of you that have asked, we don’t do VIP meet & greet packages. There is no need to bleed the fans for money when we want to meet YOU more than you want to meet us! Every night after our set we always go to out into the crowd and hang, so just come say hello, take some pictures and share your old Metal Church stories with us…..we love every minute of it!”

Other artists that have rejected paid Meet & Greets in the past include Mötley Crüe drummer Tommy Lee who according to Ultimate Classic Rock stated the following on Mötley Crüe‘s Facebook page on March 3, 2013: “For those of you that are asking why I am not doing anymore meet and greets!!… It’s got nothing to do with me not wanting to meet the fans, I just don’t agree with doing it under the certain given circumstances. I love u all and I’ll gladly high five y’all if I see u out n about – and u won’t have to pay me for that.” 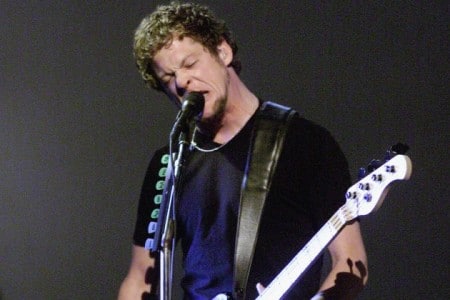 Back on December 18, 2012, Sonic Excess interviewed ex-Metallica bassist Jason Newsted and asked him for his opinion on bands charging for meet-and-greets. Newsted replied: “I think it’s bullshit! My guys had been talking to me about doing those things, and they talk about KISS making money for this meet-and-greet. People will pay it, but that’s not the point. I don’t want to take money like that. If they want to buy a t-shirt and have something to show for it, that’s what we do. You can’t download a t-shirt. There are certain things that make sense to me. I have never charged for my autograph up until the website. That is my first time in my 30-year career that I have charged for my autograph, and I have signed for hundreds of thousands of people. I don’t feel comfortable with charging people to meet me; I don’t feel comfortable with charging people to get me to sign something when they are standing with me. If they buy it off the internet and want an 8X10 or an autograph CD, they have that momentum. That’s fine, but I’m not going to charge people to meet me. I just don’t feel that’s right. I’ll pay to meet one of my old sports heroes, or something like one of the cats from the 1970’s Orioles. I’ll pay a couple of bucks for something, but I’m not going to pay for Gene Simmons. It’s ridiculous, that’s not what it’s about.”

Sleaze Roxx has attended many concerts over the years and artists such as the Killer Dwarfs, ex-White Lion frontman Mike Tramp, ex-Judas Priest frontman Tim “Ripper” Owens and Helix did not charge for any Meet & Greets at their shows choosing to mingle and meet fans after their gig free of charge.