Hard rock veterans Y&T have announced that they have parted ways with their bassist Brad Lang who has been replaced by Aaron Leigh. 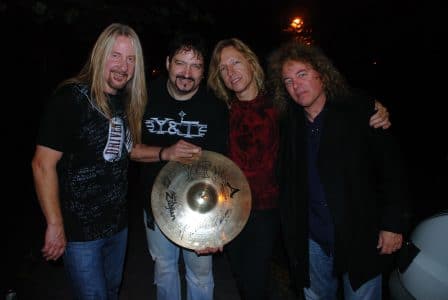 Y&T posted the following announcement on their Facebook page:

“Though this may be disappointing to many of you, as it is to us, we want to formally announce that Brad Lang will not be coming back to Y&T.

No matter how we approached or tried to rectify this, there were certain important issues that simply couldn’t be fixed, so it was time to move on.

Brad has been up front on his Facebook page about his addiction problem, but this decision goes deeper than that. Out of respect for Brad, we will not share any further details. Nonetheless, everyone in the Y&T family wishes our brother Brad the very best going forward.

We’re very grateful to Brad for coming in at a difficult time, stepping in for Phil, and for Brad‘s 5 1/2 years in this band, entertaining the fans. And now, we look forward to the next chapter of the Y&T experience. 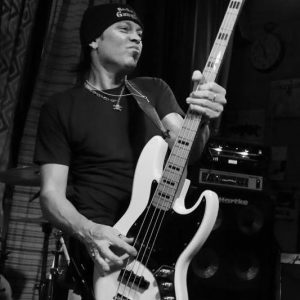 Aaron Leigh has come in at a moment’s notice, not unlike how Brad did when Phil was sick – on his first 5 shows with only 2 days’ rehearsal, and he nailed it! Aaron has brought with him a certain sound to the band that is ballsy and aggressive and very much in the spirit of our beloved Phil Kennemore. We look forward to Aaron growing into this gig, and for the unique stamp he will certainly put on this band.

This type of thing can be very difficult to comprehend from the outside, and we appreciate your understanding that this decision was not made carelessly. We are forever grateful to you – our awesome fans around the world – for giving us the opportunity to continue this special gift of music that we have for you.

(You can see Brad’s posting on this subject on his Facebook page.)”

Lang posted the following message about his departure from Y&T on his Facebook page yesterday: 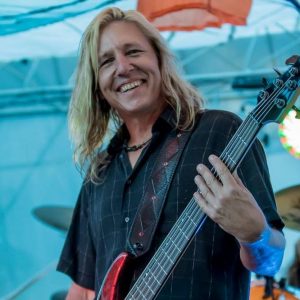 “When I was on the road with Y&T, I had a blast. Great guys to hang with, and a well run organization.

The one thing that really stood out to me, and that I didn’t expect, was the warm greetings and love I felt from the fans of this iconic band. Many of you have touched my life. And if you are reading this, I probably consider you a friend.

That is why it is with the heaviest of hearts, that I want to tell you all first, that I will not be returning to the band.

Most men don’t get to live in Dreamland, but I did for almost 6 years. It’s been an honor.

I’m going to take some time, enjoy my new found sobriety, finish my house, and work on some of my own music….

Unless the phone rings… Lol”