Y&T release ‘Y&T: On With The Show’ documentary trailer

Y&T featuring band founder and lone remaining original member Dave Meniketti will be going ahead with their much anticipated documentary Y&T: On With The Show. The group has recently released a trailer for its documentary.

The group’s Kickstarter campaign, which raised more than $58,000 so far and well above the $26,000 goal, indicates the following about the film (with slight edits): 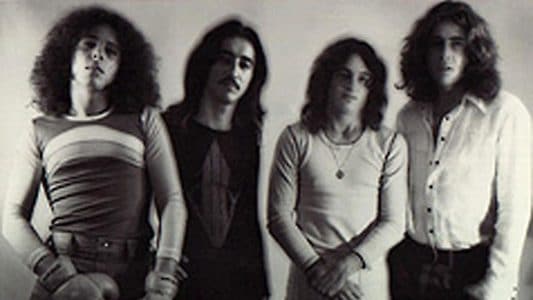 “This documentary, narrated by Eddie Trunk and told by frontman Dave Meniketti, along with interviews of past and present band members, will tell the great story that is Y&T by the guys who lived it. From the days of rehearsing in the front room at Leonard’s grandmother’s house in Oakland, California, to the present day celebrating over 40 years, you’ll hear about: the early days touring with their Volkswagen van and a pickup truck, the crazy stories of recording the first two Yesterday & Today albums, meeting Bill Graham and opening for Journey, Boston and Queen, the band’s big breaks recording and touring overseas, being on the road with AC/DC, Ozzy and Dio, the short-lived breakup in the early ’90s, the reformation 3 years later, a tribute to Phil, and much more.

The band has hundreds of hours of never-before-seen personal footage, concert clips, interviews, and thousands of personal pictures to sift through that will visually take you through the journey that they traveled.

There will be rare footage and audio clips of performances old and new, from the band’s first shows to the legendary concerts and festivals.

Also interviews with rock star celebrities from the many bands who have worked with and were influenced by Y&T, plus great stories from the band’s producers, engineers and roadies over the years.”

Y&T: On With The Show documentary trailer:

Y&T: On With the Show Documentary Trailer

Official* trailer for the documentary “Y&T: On With the Show” releasing November 26, 2019.Available on DVD & Blu-ray at https://www.YandTRocks.comAvailable …