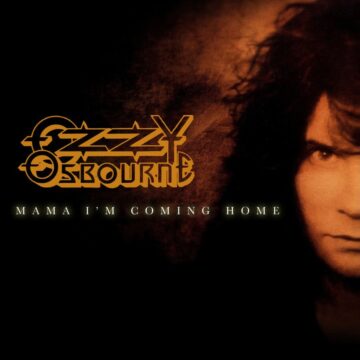 the Ozzy Osbourne song “Mama, I’m Coming Home” which appears on the album No More Tears, which was released back in September 1991.

Wylde was asked whether he was aware just how special the song was going to be to which he replied (as provided by the Australian Rock Show podcast): “I remember me and Ozzy originally did that on a piano in my apartment in North Hollywood and I remember we did that there. Then I transposed it to guitar when we got in the studio when we were working on the record, and then y’know it sounded great and then I was obviously trying to get in all my my country licks – y’know, my Allman Brothers and Skynyrd and Marshall Tucker and y’know Blackfoot licks – my country licks in there…that’s how the song started off with the pedal steel kind of thing.

I remember when we got done with it, was how happy we were with the way it came out. I mean it just sounded great – and then y’know obviously Duane (Baron – producer) and John (Purdell – engineer) then the mixes (which) Michael Wagener did on it. When I hear it on the radio, whether it’s ‘Mama’ or ‘No More Tears’ or ‘Hellraiser’ or any any of this stuff I’m like ‘wow the guys did a really amazing job, y’know – sound quality wise on the record – and I mean everybody’s performances and everything like that but I mean just the overall sound of it – the guys knocked it out of the park for sure.”

You can listen to the interview with Zakk Wylde on the Australian Rock Show podcast below: