Wylde was asked about what changes that he made to facilitate his sobriety and whether he replaced alcohol with anything else. Wylde replied: 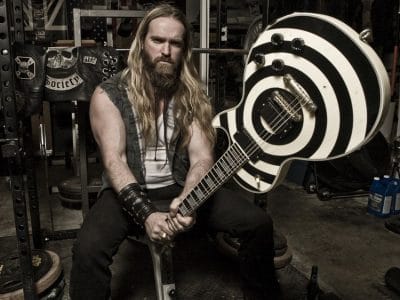 I have a friend that was mid way through a pint and he said to himself “Man, I’m done with this.” I asked him “Darren, you drinking anymore?” He says “No, I stopped. I was getting silly but not to the point that I’m losing my wife, my family, I just think it’s time to stop.” He wasn’t getting ridiculous but he felt it was time to stop.That was it. It was that way for me. I just stopped.

Then you have the other half that are on and off the wagon. It’s like you run into them and they say they haven’t had a drink in months…but I saw them or someone saw then the other day and they were smashed!

Just because I’m not drinking doesn’t mean that other people shouldn’t. That’s for them to determine. More for them I guess? I had these blood clots when I was 42 I’m 49 now. My doctor comes in and says to me “Listen Zakk, I don’t want to be a ‘party pooper’ but by you drinking it’s like adding blood thinner on blood thinner. Your use of alcohol is thinning your blood that much more.” He went over my blood count and my liver count and said that if I continued the way that I was going I would have needed a liver transplant by the age of 45 and he said my pancreas wasn’t that far behind. What more did I need to be told? I stopped. I didn’t replace it with anything.”

You can read the rest of Ruben Mosqueda‘s interview with Wylde at Oregon Music News.

Sleeping Dogs – the 1st single from Zakk Wylde’s Book of Shadows II. iTunes pre-order with instant download of “Sleeping Dogs” for only $7.99: bit.ly/bookofs…