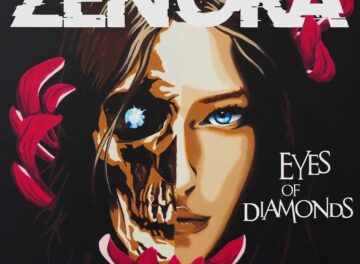 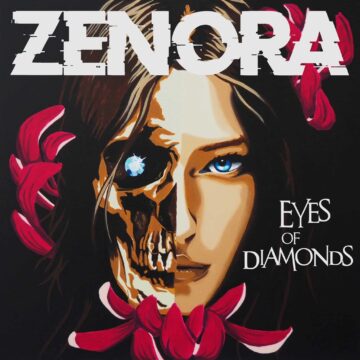 Earlier this year, Sleaze Roxx recently caught Zenora playing live at the M-Pre Party at the Cancun Cantina in Hanover, Maryland, USA for the second year in a row and stated in its concert review:

“Returning from 2021, the skilled and always energetic Zenora made their way back to Maryland for a second consecutive appearance at the M-Pre Party. They didn’t forget to bring along the fire and frenetically delivered virtuoso that makes their music so unique and an onslaught to the listener’s ears. The New Jersey / Philadelphia based band plays with such gusto and zeal, that it’s hard not to like what they do and succeeds at setting their music apart from the pack. The young band’s music is also varied, and they incorporate different elements of metal and rock into what they do. Stylistically, they were possibly the heaviest band on the bill this year, helping to set them apart from the other bands due to that very footnote, and particularly on songs such as “Wasted” and “Fist of Lightning”.

Noticeably different at this show was lead singer Dylan Graff, who has grown more into his role as the frontman and face of the band. During several songs, he stowed his guitar away to set focus on commanding the stage. That did bode well for the audience’s perception of Zenora and made their set even more entertaining to watch. Rather than seeing four musicians onstage playing parts to various songs, Zenora presented themselves as a more cohesive unit this go around. Brothers Nick and Daniel Shute (on guitar and bass, respectively) with drummer John Kelly-Keifer anchor the band and power up the impact and musical precision that they’re known for. There was rarely a time that I looked over and didn’t see one of the guitarists headbanging or windmilling along as the band played on. Songs such as “Wasted”, “Sinner” and “Faster” demonstrate that unbridled, free-spirited fervor in their music which is tightly fired-off.”